← back to
Father/Daughter Records 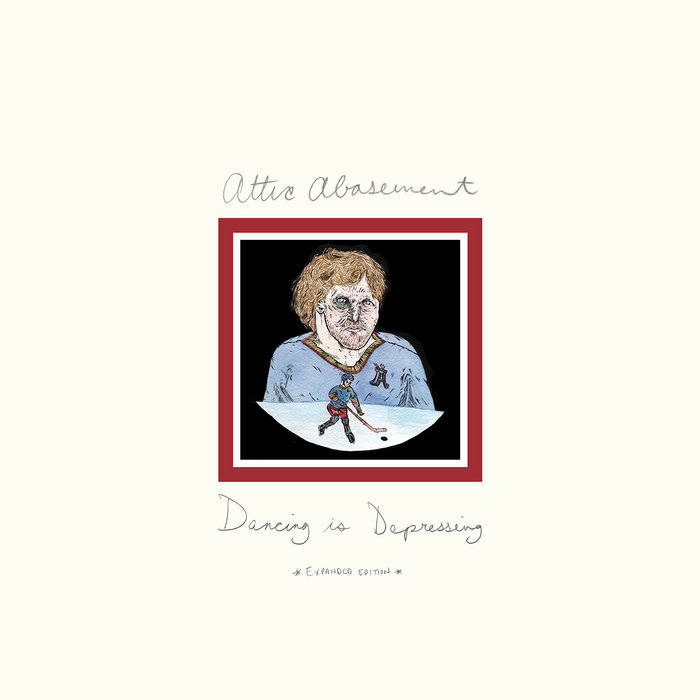 Harley French had such a huge effect on me for a while there. dark, twisted, in a way that i am too Favorite track: Change Machine.

Nathan Renshaw I love these guys. I don’t even know what to say. But listen through it all & a few times too. He’ll grow on you and the shit slaps. It’s not as sad as it seems. There’s something more to it, cry or yell. And there’s a wonderful girl’s voice in it. She makes things lighter when it gets dark. But it will get dark. So ride it out. There’s something here. And I wouldn’t miss out. Favorite track: Problems Getting Numb.

jamesferg i have listened to this album while crying more times than i'd like to admit Favorite track: Problems Getting Numb.
more...

Over the past decade, many of the best songwriters have come to the fore without explicitly trying to. They’ve written and recorded records in their homes, posted them on the internet, and all but avoided self-promotion. Yet, somehow, those songs have caught on. And in the case of Attic Abasement’s Mike Rheinheimer, even as his band’s profile has been raised, he still follows that approach, creating work that speaks entirely for itself.

Having been the driving force of Attic Abasement for over a decade now, Rheinheimer, a Rochester, New York native has amassed a back catalog of lo-fi albums and EPs. Each one was distributed via Bandcamp and short-run CD-Rs, and it was through those means that Attic Abasement’s name spread. In 2016, the band would release Dream News with Father/Daughter Records, giving Attic Abasement a home for the band’s music without trying to change the ethos Rheinheimer had developed. And now, on April 6, Father/Daughter is proud to reissue Attic Abasement’s cult classic sophomore album, Dancing Is Depressing, on vinyl for the first and only time. Not only that, Dancing Is Depressing (Expanded Edition) will feature a pair of songs that originally appeared on local Rochester compilation albums.

Dancing Is Depressing (Expanded Edition) takes Rheinheimer’s work and offers more insight into the moment in which it was created. Written and recorded by himself in 2009, the songs contained on Dancing Is Depressing are both plainspoken and complex, allowing Rheinheimer to not only reflect on his own personal experiences, but encourage intimate reflection within his listeners. There’s a reason why Dancing Is Depressing would routinely see people cite the likes of Stephen Malkmus, Bill Callahan, and David Berman when discussing the record, but even with those influences present, what Rheinheimer created was singular.

Recorded in houses Rheinheimer lived in, both in Rochester and in Savannah, Georgia, the cumulative effort that makes up Dancing Is Depressing (Expanded Edition) captures the totality of his intent, as well as his circumstances. As he once told Interview Magazine, “[During the making of Dancing Is Depressing], I had an okay job, actually, but I just wasn’t happy.” That simple statement of fact, “I just wasn’t happy,” informs the record, and it’s why it’s continued to resonate after all these years. Songs like “Problems Getting Numb” focus on internalized tensions spilling out, often broken up with a fitful laugh to save face. And in “Change Machine,” Rheinheimer runs down a fantasy so darkly ludicrous it can’t help but be taken seriously.

With the release of Dancing Is Depressing (Expanded Edition), Rheinheimer’s vision is taken to its logical conclusion, giving the album the treatment it’s always deserved. Across those 1,000 pieces of red and bone splattered vinyl, Attic Abasement’s most formative moment is immortalized, cementing its place in indie-rock’s ever-expanding canon. Even as Attic Abasement has grown over the years—currently including Keith Parkins (bass), Joe Parker (drums), and Emily Monaco (keyboards)—the band’s foundation remains in those early recordings, the ones that were a means to an end but, years later, have become something much bigger.

Bandcamp Daily  your guide to the world of Bandcamp

Featured sounds by K.Spark and WIZDUMB, plus Basi joins the show to discuss his latest release.